We hope you are all safe and healthy. During this time we are taking patients by appointment only to allow for proper sanitation between clients. Please call for your appointment as soon as possible to keep your immune system working strong and help it fight off all illnesses you may be exposed too. Ask about our immune boosting vitamins also.

Thank you for your patience and understanding in this ever changing time we are experiencing. Please keep safe and continue practicing your safe practices.. we appreciate each and every one of you and hope we all make it through this healthy and more centered than when it began! 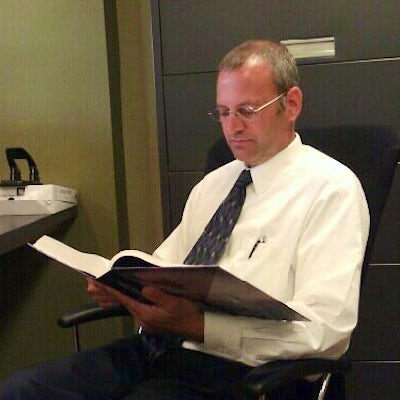 Dr. Robert Kayser was raised in Jefferson City, MO located 145 miles east of Kansas City. He is a second generation Chiropractor and grew up wanting to help others. He Completed his Doctor of Chiropractic degree at Cleveland Chiropractic College in 1994 in Kansas City.

Often asked why he chose chiropractic as a profession Dr. Kayser replies "I want to help people, naturally, by using their bodies' ability to heal itself."

Identify and address the root cause of your back pain.

Get on the road to recovery with chiropractic care.

Get back in the game and keep your body running smoothly.

Return to your job after a workplace injury.

Love Dr. Kayser! He is amazing! We have referred many patients to him as he is in my opinion the only true chiropractor I’ve ever seen. He does it the hands on, correct way and he has worked wonders on my back and many others I know!!

Dr. Kayser is extremely knowledgeable. I remember on my first visit I was a little apprehensive but he did a great job of explaining the spine and muscular systems. I also liked how he shared things I can do at home to continue the healing process. He is dedicated to helping his patients.

Dr Kayser is one of the best chiropractors! He is always able to find that issue and help get it resolved. This also comes without trying to force a weekly adjustment on his clients.

I waited WAY too long to go see Dr. Kayser. After just 2 adjustments this week, I had the best night of sleep that I’ve had in years! I had no idea how much of a difference it would make. Affordable, convenient and results that speak for themselves. THANK YOU!!!

Got me in ASAP and I feel so much better. He found why my shoulder was hurting for the past month and I live almost an hour away and he is worth the drive! Best chiropractor ever!

Thank you for having a same day appointment, making me feel comfortable, and most importantly I can move again!! I highly recommend Dr Kayser.

Review Us on Google